Tell us about the feeling at COP25, what are the expectations among the delegates?
– The negotiations fell far short of what was expected. Overall, the feeling was more one of distrust and self-interest, rather than urgency and collaboration. Instead of leading the charge for more ambition, most of the large emitters were missing in action or obstructive.
This reflects how disconnected many national leaders are from the urgency of the science and the demands of their citizens.

What has been the key issues during the COP25?
– The main aim of COP25 was to resolve the outstanding rules for implementing the Paris Agreement, such as around the use of international carbon markets and on common timeframes. These were not resolved, and instead punted to 2020. At the very last minute, they did agree to send an important signal urging countries to strengthen their national climate commitments next year, which is a positive sign for what may come in 2020, but it was a very minimal result.

One of the most debated pre COP25 is about Article 6. What is it? Was it solved during negotiations?
– Article 6 is all about the rules for international carbon markets. If these markets are implemented well, they can ensure least-cost emissions reductions, incentivise greater ambition on emissions reductions, and promote collaboration amongst countries. But if they are filled with loopholes, as a number of countries were proposing at COP25, there is a real risk that they would instead increase emissions reductions and lead to distrust in the markets. On the final Saturday, one day after COP25 was meant to close, 31 countries came forward with a set of San Jose Principals for High Ambition and Integrity in International Carbon Markets, and agreed to block any Article 6 outcome that would weaken this ambition and integrity. They were successful in blocking a bad outcome on Article 6, and it was pushed out to 2020 for further discussion.

Next year, COP26 will be held in Glasgow, and countries are asked to update their Nationally Determined Contributions: do you believe the member states will raise their ambitions?
– So far, 80 countries have already committed to come back with enhanced – ie more ambitious — NDCs next year for Glasgow. That is an impressive number, but it is important to note that it is mainly small and medium-sized economies, and often those developing countries that are most vulnerable to climate impacts. We are still waiting for the major emitters to step up to their responsibilities! What gives me hope that they will step-up is that the urgency of tackling climate change is clearer each year, that people and businesses around the world are demanding that governments strengthen their ambition, and the economies have never been better. The costs of renewables have plummeted since the Paris Agreement was struck, we have new electric vehicle and battery storage technologies we didn’t envisage then, and we have more evidence than ever that a smart, low-carbon pathway can deliver stronger, more inclusive growth as well. And there is no real alternative. So I hope they will wake-up in 2020 and recognise this.

Yesterday, Mr Frans Timmermans presented the Commission proposal for a New Green Deal. What is your opinion on the deal, is it ambitious enough?
– The European Green Deal is truly a vision for a more fair and prosperous society, with a modern, resource-efficient and competitive economy where there are no net emissions of greenhouse gases in 2050 and where economic growth is decoupled from resource use. It brings together the economic vision for Europe, with a net-zero emissions pathway, and an approach to ensure people are at the center of this vision. Shortly after it was released, the European Council endorsed a target of net-zero emissions for Europe by 2050 – this is an incredibly important first step in setting the right ambition for Europe. I very much hope it is an approach that others follow!

What actions do you want to see from business before the COP26?
– Leading businesses are already stepping up their own ambition: we now have over 780 major businesses globally that have committed to net zero emissions targets for their own activities by 2050, and 16 major investors with over $4 trillion in assets committed to ensuring their full investment portfolio is carbon-neutral by 2050. And more are coming forward each week. This is particularly important, as it demonstrates to governments that businesses are moving, and can help them to achieve greater national ambition on climate. During COP25, a record 631 institutional investors, with over $37 trillion in assets (about one-third of global monetary assets) called on governments to step up ambition, phase-out coal, put a price on carbon and end fossil fuel subsidies. We need more of this, and for governments to listen to them. 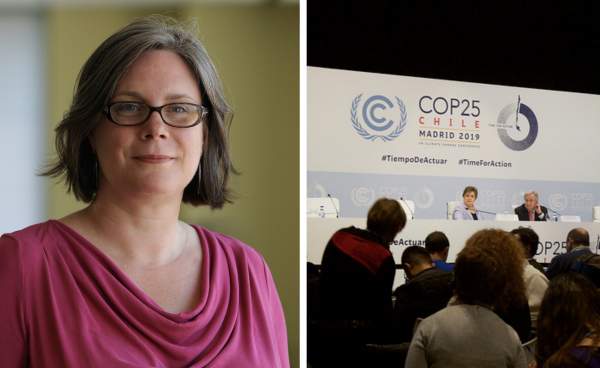