The European Parliament endorsed the EU Climate Law on 24 June 2021 and the European Council approved it on 28 June 2021, setting the objective of a climate-neutral EU by 2050 and increasing the EU’s 2030 emissions reductions target from 40% to at least 55% with the aim to achieve a higher impact with the contribution from new carbon sinks.

In line with the Parliament’s proposal, the Commission will publish a projected indicative Union greenhouse gas budget for the period 2030-2050. The budget is defined as the total volume of net greenhouse gas emissions (expressed as CO2 equivalent and providing separate information on emissions and removals) that are expected to be emitted in that period without putting at risk the Union’s commitments under the Paris Agreement. This indicative ‘GHG budget’ will be one of the criteria to define the EU’s revised 2040 target to be proposed by the Commission at the latest six months after the first global review in 2023.

When setting a trajectory towards climate neutrality, the Commission shall consider the following: cost-effectiveness and economic efficiency; competitiveness of the Union’s economy; best available technology; energy efficiency; energy affordability; and security of supply, fairness and solidarity between and within Member States; the need to ensure environmental effectiveness and progression over time; investment needs and opportunities; the need to ensure a just and socially fair transition; international developments and efforts undertaken to achieve the long-term objectives of the Paris Agreement; and the ultimate objective of the United Nations Framework Convention on Climate Change and the best available and most recent scientific evidence, including the latest reports of the IPCC

The initiators of the Nordic Call for EU Climate Targets welcome the new EU Climate Law with one comment, ‘We are pleased that the EU set a target for achieving net-zero emissions at the latest by 2050 and take the IPCC findings into account. We are also pleased that that the law includes the definition of a carbon budget and that it is used to define the target for 2040. But we and a large coalition of supporters believe that instead of being “indicative” the carbon budget should be “binding”.’

Nonetheless, this is a major improvement in EU climate policies, with better predictability for long-term investors. This creates a good framework for broadening the EU Emissions Trading System (ETS) and improving predictability of the carbon price.

An effective and widely used carbon price is the key theme for us this year and we have launched the Call on Carbon campaign to gain support for it. It is estimated that global low-carbon investments need to be increased about fivefold to meet the target of 1.5°C, but today less than a quarter of global greenhouse gas emissions are covered by carbon pricing initiatives, slowing the pace of investments significantly. We are only one investment cycle away from 2050, and this is likely to be the last chance to get policies right.

By now, more than 110 signatories have joined the call, including leaders of the International Chamber of Commerce, We Mean Business Coalition, Copa-Cogeca and Orgalim. We call on all interested leaders to join and urge governments to act on this during 2021 and in doing so support COP26 in Glasgow and make it a true game changer. 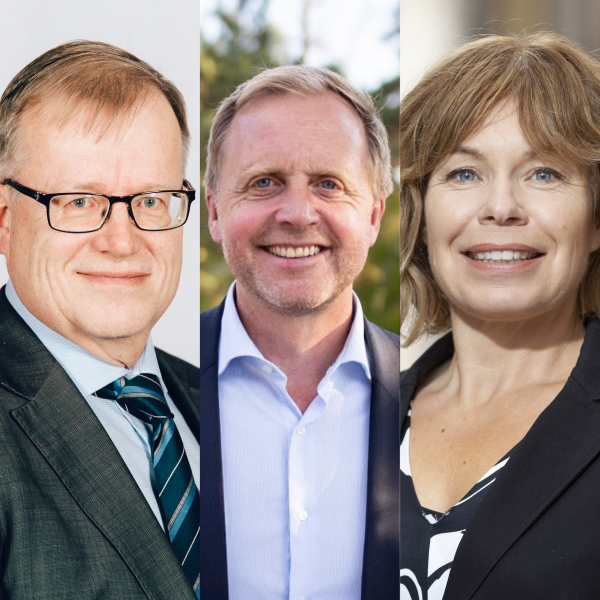