Why is European Green Deal important for business?
– It’s the future direction for EU economy. It’s the new growth strategy.
It signals how Europe is going to manage its economy into the future. If the business is not part of that, it means out, and will fall by the wayside. So, it is very important for individual businesses to align themselves with the Green Deal as soon as they can.

What is the most important with the European Green Deal?
– It’s that the carbon neutrality and the environmental performance will be much more important in the European economy. It will change very much how we do business. We got to bring the citizens with us, that’s where the just transition, re-skilling and re-thinking what the European labour market will look like, really comes in.

What are your three recommendations for business to know about?
– My recommendations are:
1. Get to know about it! Business needs to know about the Green Deal, not just the big picture but they need to start to understand how it affects them, directly or indirectly.
2. Get active! That is in your own business. Do you know how your supply chain is going to be affected by the net zero? Do you know what your environmental performance is? Are you taking advantages of the possibilities? And are you aware of how this is going to affect your customers and your suppliers?
3. Talk to the government (national, regional, local)! Do it yourself, your trade associations, make sure that your local community and government is supporting your action. Are they putting the right money in research and development, are they giving you the right tax breaks or the right incentives to align with the Green Deal? If not, make sure they do.

– The last thing I would say, make sure you are not lobbying them in some kind of self-interested way, but recognize that you too have an offer to make to them, what is the role of your business within your community, and what is your business doing to help everybody else around you. That is how you as a business will really make a difference.

What are the hinders with the European Green Deal?
– Let me take it in two levels. The first is what is the problems with the overarching Green Deal, there are still some real gaps on how this fits together. When one of the early mechanism ins transition mechanism where launched last week we already saw governments fighting over how much money they would get, rather than actually thinking what do the citizens get in this transition. Because it is such a big thing the Green Deal risks that it would actually not be coherent. And right now at the other end of the scale, the question is, it’s not just about European policy, it’s about what the business themselves do. If business is not paying attention to this, and are not aware of this nothing will happen.

What are the opportunities with the European Green Deal?
– The huge opportunity, again as a Europe as a whole, it puts Europe at the forefront. Not just of climate change and climate neutrality. But the Green Deal is also linked to European digital policy, how we manage and regulate digital AI, social media in the future. This is a real chance for Europe as a whole to advance economically and socially. And the other huge opportunity is also that Europe will align themselves with a new European identity. With a real sense of purpose for Europe, we have done peace after war, we can now do great economic growth.

"The huge opportunity, again as a Europe as a whole, it puts Europe at the forefront. Not just of climate change and climate neutrality. But the Green Deal is also linked to European digital policy, how we manage and regulate digital AI, social media in the future. This is a real chance for Europe as a whole to advance economically and socially." 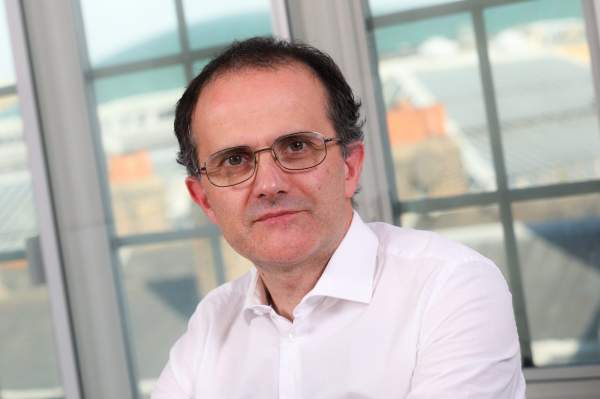 Head of Clean Economy Program at the think tank E3G