Interview with Ingrid Bonde, Chairman of the Climate Policy Council

The Climate Policy Council states in its new report that existing policies are not enough to meet the target of net zero emissions by 2045, what is missing?
– The government has put in place a climate policy action plan – favourable read, and with everything implemented optimally and urgently, our assessment is that the action plan can have a significant effect on emissions development by 2045.

– However, what the action plan mostly lacks at the moment is that it is not concrete enough. In addition, we see a lack of proper interventions that can affect the development of emissions in the near future. As it is now, the pace of how emissions are reduced is too slow, and we cannot see that the action plan sufficiently proposes activities that can break this trend. At present, the government relies mainly on the Reduction (CO2) quota scheme- it is strongly governing. However, we believe that it is risky to rest so heavily on biofuels, both in terms of economy and sustainability.

– When it comes to the industrial reconversion, it is time to take the next step and implement the roadmaps developed within Fossil-free Sweden, as to turn those into reality. Finally, we see that more can be done in the agricultural sector, where a lot of development has been put in place by the industry itself, whereas the government is more defensive.

The Climate Policy Council has made 16 recommendations to the government to tighten climate policy, which three do you consider to be the most important?
– Our three most important in this year’s report are:

• Concretise the climate policy action plan, so that it becomes a plan for action with division of responsibilities, timing, and impact assessment of each effort and of the whole. Follow up the plan annually in the government’s climate report.

• Strengthen and broaden the responsibility for climate policy work in the government, tentatively through a steering group responsible for implementing the climate policy framework, with the Prime Minister as chairman.

• Turn the industry-wide roadmaps that have been developed within the Fossil-free Sweden initiative, into action plans that can be gradually implemented, followed-up and updated, jointly between the government and the respective industry.

In last year’s report, we made 16 recommendations, and 12 in this one.

What is your expectation on how business can contribute to Sweden being able to meet net tariffs by 2045?
– The industry stands for major emissions in Sweden today, and we are very positive about the business sector’s work with the roadmaps that have been developed within Fossil-free Sweden. The industry has great potential and good conditions to change, and what we believe is that the roadmaps now need to be implemented. Both politics and business need to contribute, and we lack clarification from the government on how to do this.

How do you see that the EU is influencing the possibilities of reaching net tolls in 2045? How should the government’s EU policy be developed to achieve net tolls?
– Now that the EU has decided on climate neutrality by 2050, our national goals will no longer be as ambitious as they have been in the past. When the EU is about to realise its 2050 target, the short-term targets will have to be revised, which is something Sweden has been actuating for a long time. The EU’s climate neutrality target for 2050, will also help Sweden reach our target for the 2045 target. The government should continue to work to strengthen the EU ETS; to see to that the EU’s regulations do not prevent a continued adaptation in Sweden; and to create incentives for negative emissions. The government should also push for an ambitious implementation of the Paris Agreement and for the EU to increase its ambition in its NDC to 2030. 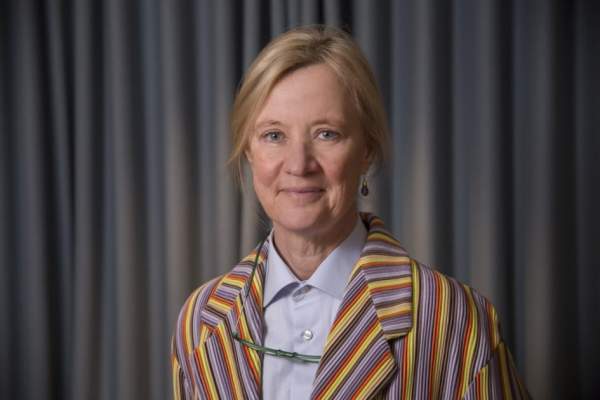