Why does sustainable businesses perform better?

-Second, the high sustainability firms were using a broader range of performance metrics for managing the business. Rather than just focusing on short-term financial results, they were also measuring their nonfinancial/ESG performance and so executives had a broader view.

-Related to this is the third reason which is that they were much more transparent in that they were reporting on a broader range of performance metrics in a variety of ways, including conference calls with analysts and investors which also had a longer-term orientation. External reporting and communications makes companies more accountable for their results.

-Fourth, the high sustainability firms took sustainability more seriously at the board level in terms of corporate governance and rewarding executives on a broader range of metrics as well. You can see how internal performance measurement, external reporting, and board level oversight and executive compensation were all aligned.

-Finally, as a result of their reporting, governance, and compensation practices the high sustainability firms had a higher proportion of long-term shareholders. In other words, they had shareholders that shared their long-term view and weren’t looking for short-term financial results that would come at the expense of a sustainable strategy.

What is your advice to businesses in becoming more sustainable?

-The five attributes discussed above provide pretty good guidance, but there are obviously important details that must be addressed in their implementation. However, there are some things that happen first before the company is in a position to follow this guidance. It starts with the board of directors. There is this “urban myth” that the board has a fiduciary duty to put the interests of shareholders first. As a point of law—and I’ve got data on this in countries all over the world—that is simply not true.

-The board’s fiduciary duty is to represent the long-term interests of the corporation as a legal entity. In doing so, it can decide just what stakeholders are most important. I call these “significant audiences.” For example, the board can put employees’ interests above shareholders’ by saying it will cut dividends before laying off people. Conversely, it can say that the only significant audience is short-term investors. This is completely the board’s call.

-So we need to start with the board and it needs to decide what it sees the role to be of its company in society. This is easy to say but hard to do, both because of the urban myth and because too many boards are controlled by the CEO rather than the other way around—as it’s supposed to be, in theory at least.

-I think the best way for the board to take a stand is to issue what I call a “Statement of Significant Audiences and Materiality (The Statement)” in which it makes clear which audiences are significant and, by implication, which ones aren’t. This is good discipline but it also requires an iron will since some stakeholders will be unhappy. Life is choice is boards need to own up to the choices they have to make. The Statement establishes the basis by which management determines the material issues through a “Sustainable Value Matrix (SVM) ” that is heavily based on stakeholder engagement.

-Once the board has produced The Statement and the company has produced an SVM, then performance measurement and external reporting naturally follow. The consequence will be a longer-term investor base. And I can’t resist putting in a plug for “integrated reporting.”

Which investor strategy is the better; to divest in unsustainable businesses or to stay as a shareholder and influence companies for the better?

-There is no simple answer to this because it is a function of the investor’s strategy, time frame, and the sector. For example, some believe that oil companies do not have sustainable long-term strategies unless they realize they have to become energy companies. In this case, divestment is the right answer.

-Other than that, I’m a big fan of engagement by investors. This is improving but there is still too little of it. That said, engagement takes time and resources. A small investor can’t make a meaningful difference here and the costs in doing so are unwarranted. But the large long-term investors with big positions, such as pension funds, should engage out of their own economic self-interest. Many of them are universal owners or at least have to use an indexing strategy so selling the stock really isn’t a viable option. Thus, they should engage in ways that encourage the company to develop a more sustainable strategy.

-I should also say that there are big value creation opportunities for investors who can identify companies that are in the early stages of developing a more sustainable strategy and helping them along the way. The role of investors shouldn’t be underestimated. Many companies complain with some justification, although with some whining, that investors don’t reward them for a more sustainable strategy because they are too interested themselves in short-term financial performance. Investors can change this. To do so, there are a whole range of issues, starting with fiduciary duty.

Where do you see the most positive action being taken to address climate change from businesses?

-It is encouraging to see the progress being made by CDP in getting companies to disclose on climate change issues.  Increasingly willingness to be transparent about what the company is doing with respect to climate change is a positive sign. It shows a recognition that the problem is a real one and they have some responsibility for their role in it. Of course, this is more important in some sectors than others, as I’ve mentioned above. 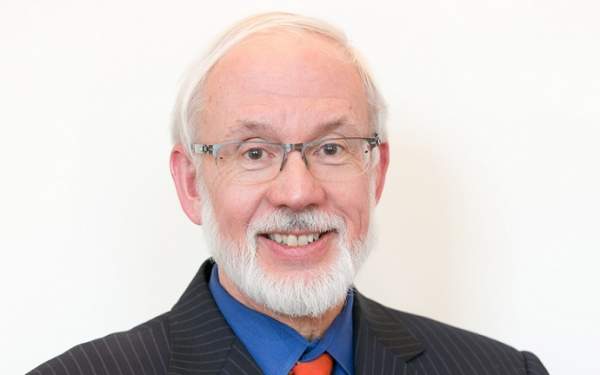