Since when became climate a strategic priority for WMO and why?
– WMO (IMO) was established in 1873, and the national meteorological institutions were only able to deliver climate services only. Weather services were delivered later on when the exchange of observations by telex became possible by ITU (International Telecommunication Organization). WMO established IPCC as a result of its First World Climate Conference in 1979.

What is the difference between climate and weather and how do they connect?
– Climate is the long-term average of weather. Weather varies in different timescales, from minutes to years. In climate the scales are from seasons to decades, in paleo climate up to millions of years.

What in the weather system should we be most worried about concerning climate change?
– Climate change is enhancing the amount of several disasters: heat waves, flooding, drought, coastal inundation, tropical storms, glacier melting and forest fires. Out of those most expensive have been tropical storms and flooding. Heat waves, flooding and drought have caused the largest amount of casualties. Failure in climate mitigation threatens global food security especially in Africa, Southern Asia and in both Americas. Sea level rise of the order of 0.5-1.0 m/century threatens several big cities and low lying countries in the long run.

There are people that are sceptic about climate change – as a meteorologist – what is your response to them?
– The scientific evidence in unquestionable: measurements, understanding the physics of the atmosphere and related model calculations are very clear. There are also actors who are not in favor of climate mitigation, and some of them are producing information which is not based on scientific facts. Similarly the health impacts of smoking was questioned by cigarette industry, which delayed the smoking related legislation for decades.

The new report Special Report on the Ocean and Cryosphere in a Changing Climate from IPCC – what is your response to the report? And what are the factors behind sea level rise?
– The report demonstrated that more than 90 % of the extra heat produced to our planet by emitting especially carbon dioxide has been stored in the oceans, which have warmed by about 0.5 C. This has also contributed to sea level rise through thermal expansion of the sea water,and has also given more energy for the tropical storms. The melting of Greenland glacier has about tripled during the last decade, and also the Antarctic glacier melting has been boosting. In the long run those two will be key factors behind sea levels.

What is your recommendation to business – what can they do to contribute to the climate transition?
– Climate mitigation and adaptation are offering considerable new business opportunities: energy, transport, housing, energy savings, food, forestry etc. The success of climate mitigation can only be reached by private sector financing and investments. Frames has to be set by the governments to direct those investments as well as the behavior of the consumers. 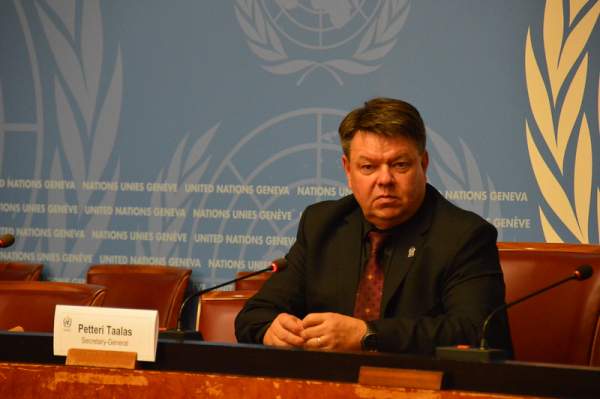